Get ready to break out the tissues!  A Latino army dad surprised his kids with a homecoming at a baseball game, making for an incredibly sweet and happy reunion.  Captain Angel Guzman has been serving in Afghanistan for the past year and a half, far away from his three children and family.

But, as you can see in the video below, he decided to make his return memorable. After telling his kids that he wouldn't be back until the end of the month, Guzman took them by surprise by making an early return and posing as a catcher at a River Dog's game. When the three children were invited to make the game's opening pitch, Guzman was there to catch it--and to pull off the catcher's helmet and reveal his true self!

Upon recognizing him, the stunned kids broke out into smiles and threw themselves into their dad's waiting arms for a long bear hug. The whole thing was so cute and joyful, it just made me want to give my own parents a hug! 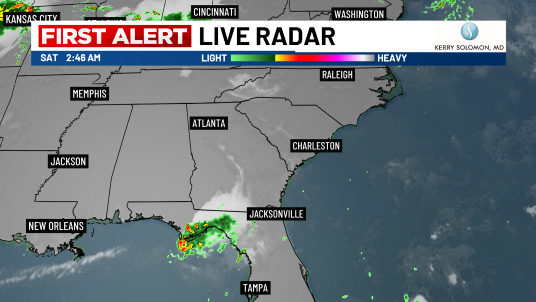 Live5news - Army dad surprises kids at RiverDogs gameWhat do you think of the video? Tell us in the comments below!

The cutest celebrity baby bumps of 2020 so far